Many years ago, I was captivated by a documentary series put together by a man named Lenon Honor. It is no longer available today, but it was all about decoding the media, music, some of the subliminal messages in things like Disney, and a plethora of other stuff.

It all led me down the rabbit hole and to the topic of (yup… you guessed it) the Illuminati. It all had me questioning, like many others, ‘is the music industry evil? Is this a community I really want to be a part of? Will I have to sacrifice myself or somebody else in order to get ahead?’

It was all horrifying and dark the more I watched and read – so it isn’t so absurd that others have these same concerns. If you are wondering about the industry yourself, or you are noticing the quality and the standard of the music being put out today deteriorate, you are not alone!

In this post, I wanted to discuss some key themes and concerns people have about the industry and hopefully touch on some of the topics on your heart – let’s get into it…

Who Controls the Music Industry

We often hear about the “they’s” and “them’s” pulling all the strings in the music industry, but who are “they” really?

Is it the artists themselves? The managers? The record labels? The Illuminati? The consumers.

Technically, all of the above.

The music industry is controlled by a plethora of people and organizations, each with its own agenda.

For example, the record labels are interested in making money and signing successful artists that will sell records.

The managers are interested in getting their artists the best deals and helping them succeed.

Consumers buy and support the music and artists they like.

And the Illuminati… well, I’m not sure I have enough information on them to confidently convey my thoughts in writing.

What is the Purpose of the Music Industry?

The music industry exists to create and promote music.

The business side of the industry is responsible for generating revenue from the creation and sale of music recordings and related products, such as merchandise and tickets to concerts.

The creative side of the industry is responsible for producing music that is commercially viable, and that resonates with people.

Is the Music Industry EVIL?

This is a tricky question to answer.

The music reflects society and the times we are in, and, as such, it can be seen as evil or good.

Depending on your perspective, the industry can be seen as evil because it exploits artists, profits from tragedy, is becoming more sexually explicit, or is pushing a particular agenda.

Or, you could view the industry as good because it allows people to express themselves creatively, brings people together, and can be a force for change.

As with most things in life, the answer to this question is complex and depends on your perspective.

I do think that there is an agenda pushing a particular lifestyle on younger and younger audiences, which I disagree with; Is the music industry evil, however, is debatable.

Many artists do not have full control over the content of their music and are often forced to sing about things they probably don’t believe in or don’t want to.

Comedians such as Dave Chapelle have talked about the control the media industry has over the artists and how they are often forced to compromise their values.

But if the label’s job is to make money, how could they make money off of the negative music conveying these negative agendas without willing consumers? Why do people gravitate toward the negative?

These are questions that I’m still trying to answer.

Because for instance, if a rapper makes a positive song or a song about positive thought, growth, progress, etc. They get labeled as conscious rappers and do not do as well as the

It is an interesting concept to think about.

If you run a business and you notice a particular item is flying off the shelf day in day out, and customers are coming into your shop asking for it specifically, wouldn’t you continue to supply that item?

As a business owner, it is your duty to serve the needs of your consumers.

At the end of the day, it is up to each individual to decide what they believe and who they align themselves with.

But there are some more things to consider…

The truth is, the music industry has gatekeepers in the form of labels, A&R, streaming services, and radio that control what music is promoted and pushed to the masses.

These gatekeepers have a lot of power and influence over what gets put out into the world, and they often use that power to push their own agenda.

The thing is, the agendas of these gatekeepers don’t always align with what’s best for society or the artists.

And this makes it very hard for independent artists to get into the doors and get their music heard, even if there IS an audience for the type of music they create – because these gatekeepers wouldn’t give them a second look.

There is a mold that they need to fit to have access to the reach and network that major labels and media have to offer.

This is why a lot of great artists never make it big because they don’t fit into the mold that the gatekeepers are looking for.

But there are ways around this, which is why this site even exists.

While we do not suggest the whole industry is bad, we do acknowledge that most musicians will need to severely go against the grain, Kanye-style, break the mold, and craft their own lane in every way, shape, and form, in order to make it big in today’s industry.

The Dark Side Of The Music Industry

They never really discuss the dark side of the music business across all of the different genres, not just rap music. I’m sure you have heard the famous term “sex, drugs and rock and roll,” while depending on the context, none of that is bad; we all know exactly what it indicates.

To put it plainly, many individuals find themselves in bed with;

It’s not always a bed of roses in this industry.

It can be very easy to get caught up in the fast life and the trappings that come with it. And before you know it, you’re in too deep, and it’s hard to get out.

This is why it’s important to have a team of people around you that have your best interests at heart and can keep you grounded.

It’s also important to be honest with yourself, stay true to yourself, and know your limitations.

Other problems an artist might face in the music industry include;

All of which can be extremely expensive, and often times artists have to front the money themselves.

This is why it’s so important for artists to build a solid foundation with their fanbase and create a strong connection with them.

Going the independent route means doing a lot solo, but smart musicians can use this to their advantage. And, with the help of a loyal team, anything is possible.

The music industry is ever-changing, and what works today might not work tomorrow. But, if you’re flexible, adaptable, and willing to put in the hard work, you can make it in this industry.

Musicians have been increasingly vocal about the darkness that exists within the music industry. For years, the industry has been shrouded in secrecy, and historians have long cautionary tales of what can happen when record labels and managers get their hands on young, idealistic musicians.

In recent years, however, musicians have begun to break down these walls and warn fans about the dark side of the business. In particular, they have warned about the dangers of signing away their creative control, the mental health issues that can arise from touring and living in the public eye, and the pressure to conform to industry standards.

It is all about power and control.

That is what 50 Cent learned after spending years in the music industry. In his book with Robert Greene, “50th Law”, 50 Cent discusses how the music industry is full of sharks who are always looking to take advantage of artists. He talks about how the industry is filled with backstabbers and liars who will do anything to get ahead. 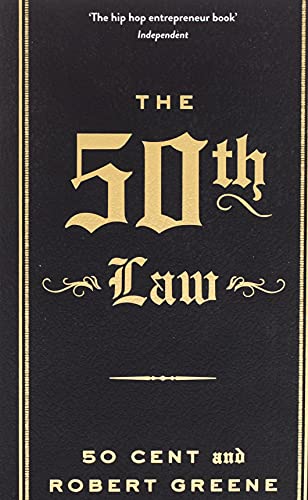 While the hood was full of some crazy, evil, backstabbing stuff- nothing prepared him for what he would later witness in the music industry.

It is a cutthroat business where only the strong survive. If you want to make it in the music industry, you have to be willing to fight for what you want. You have to be tougher than the rest and always be on the lookout for those who are out to get you.

A far cry from what a young, naïve artist may expect, coming from Youtube stardom and a friendly algorithm.

You’re an independent musician or band. You have a great product: your music. You want to advertise your music, but you don’t know where to start.

How can you advertise to a market that doesn’t seem to care?

How can you promote yourself to millions of people and still stay true to your music?

You need to learn this KEY INFORMATION on social media marketing for musicians. You have an advantage and superpower that you aren’t using!