If you’ve ever been to a music festival, you know the glorious chaos of chasing your favorite acts around a massive venue while trying to keep in contact with friends and navigate massive herds of people. To some, it might sound like a bit of a nightmare, but to the seasoned festival lover, it can feel just like home.

There are hundreds of festivals that take place around the world every year, and more that are always popping up, but there are a few veteran shows that I, with my vast knowledge and experience of music festivals, have decided are the biggest and best music festivals in the world. The criteria? Popularity, size, lineup, and organization, are all things that must be on point in order to create the perfect festival experience.

Here is my list of the top ten music festivals in the world right now.

Let’s dive into it.

If you are looking for a family-friendly festival, Austin City Limits in Austin, Texas, might be the event for you. Spanning across two weekends and a multitude of genres, this event has something going on for everyone.  To make this event even better, it has a variety of different vendors and experiences as well as a children’s area ready to go. (Austin City Limits) 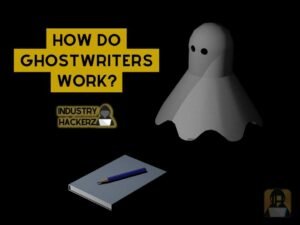 Also known by its acronym ACL, the event accommodates more than 70,000 people per day and eight stages worth of music. (Wikipedia)

Its notoriety and tenure along the list of top festivals provides it every opportunity to showcase some of the biggest and best acts in the country as well as a collection of local gems.  All of this set along the gorgeous Austin skyline makes this festival a true must-see. 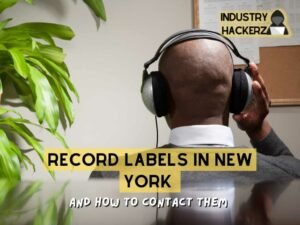 Another well-known icon in the festival circuit, Coachella, has become one of the biggest and most well-known names around. Taking place in Indio, California, it is the perfect place for sunshine, glitter and music. The festival holds about 250,000 patrons and features the best of all genres of music. (Wikipedia)

Coachella is known for being one of the top-grossing festivals in the world, and its success has even led to Goldenvoice, the producing company, to create and produce several other festivals at the Indio location, including Stagecoach Country music festival, which certainly deserves an honorable mention on this list. (Wikipedia) While some may consider it a little overrated, this festival is an obligatory must for any true festival lover.

Primavera Sound is ‘the’ festival of Barcelona, Spain. Taking place over four days, it houses over 220,000 patrons. (Wikipedia) The festival continues to expand itself to a variety of locations, including the United States, allowing people around the world the chance to experience Primavera Sound. 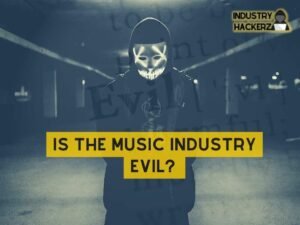 If you get the chance to check out Primavera Sound, whether it is in Barcelona, or any of the festivals other locations, you should definitely check it out. The festival features genres of all kinds and truly has something for everyone. It would be a great addition to any festival lover’s list.

Rock in Rio is the biggest rock festival in Rio De Janeiro, Brazil. This festival, which takes place over two weekends, hosts more than 100,000 people per day. This event has also branched out to a few other cities, and continues to take place in Lisbon as well.  (Wikipedia)

Known as one of the physically largest festivals in the world, this event is a true must see for fans of Rock music, as well as anyone who can get to Rio or Lisbon. It is truly an incredible event as well as one with a great deal of notoriety, as it began in 1985. (Rock In Rio)

Electric Daisy Carnival, otherwise known as EDC, is an Insomniac event taking place in a few locations around the world. Its two main events take place in Orlando and Las Vegas, the latter of which finds itself among the biggest festivals in the country. (Wikipedia)

EDC Las Vegas takes place over the course of a single weekend and features more than 230 artists, as well as over 400,000 patrons. (Electric Daisy Carnival) The experiences that this festival provides to EDM lovers of all kinds are simply incomparable. Pairing the music with the already buzzing energy of Las Vegas makes this festival truly insane. It is a must for any true EDM fan. 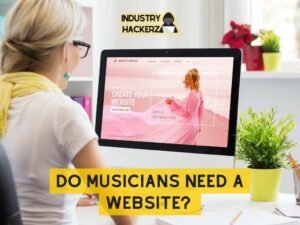 You Should Read This Next!
Do Musicians Need a Website? 5 Reasons Why You Might Benefit from One

If you haven’t heard of Mysteryland before, you are seriously missing out. Mysteryland, which started in 1993, is one of the longest running EDM festivals in the world. (Wikipedia) Taking place in Haarlemmermeer, Netherlands, just outside of Amsterdam, the festival has grown to host more than 100,000 people, 20 stages and 300 artists over the course of a single weekend. (Mysteryland)

Mysteryland draws in people from around the world, all coming to experience the excitement and bliss of a festival that has stood the test of time. If you have an interest in Electronic music or rave culture, this is a festival that simply must be on your bucket list.

The Glastonbury Music Festival, taking place in Somerset, England, is a contemporary performing arts festival spread out over five days. Something that differentiates it from other festivals on this list would be that it features more than just music, with comedy shows, circus acts, cabaret and much more. (Wikipedia)

This festival hosts more than 200,000 people per year and pulls them in from around the world, all looking to experience performance art in its purest and highest forms. If you happen to be in any part of the United Kingdom during this event, it will be more than worth the cost of travel and tickets to check it out.

Lollapalooza, which originates in Chicago, Illinois, is an easy addition to this list. To put it simply, this festival is massive, with more than 400,000 people attending its Chicago location every year. (Wikipedia) To top it off, Lollapalooza, affectionately known as Lolla, also has festivals taking place around the world, so everyone can experience the magic of this festival.

This festival spans a variety of genres and more than 170 different artists spread across eight different stages. (Lollapalooza) It is truly an iconic addition to your festival bucket list, especially if you can find yourself at the Chicago Lolla.

Also taking place in Austin, Texas, SXSW, pronounced South By Southwest, is an incredible and massive event that draws in fans and music professionals alike. It takes place over the course of ten days and accommodates a collective 300,000 people or more. (Wikipedia) The unique thing about this event is that it is so much more than concerts and good vibes. SXSW defines itself as the convergence of tech, film, music, education, and culture. (SXSW)

With a variety of shows, discussions, conferences and other experiences for those who both work in and simply enjoy the world of music, this event is a playground for music lovers of all shapes and sizes. If you have ever had an interest in the inner workings of the music industry, this event is one hundred percent for you.

Topping off our list, Tomorrowland, based in Boom, Antwerp, Belgium, is widely known as one of the best EDM festivals in the world. Starting in 2005, the festival has quickly built itself up to be the best of the best. More than 600,000 people come to this event every year from around the world, all looking to experience the best that every avenue of this genre has to offer. (Wikipedia)

Whether or not EDM is your kind of music, if you get the chance to go to Tomorrowland, you simply must take it. This festival encapsulates everything that the festival community stands for. It is expressive and wild and unimaginably beautiful. This is simply the event to see, especially if you have an interest in Electronic music of any kind.

With this list of top music festivals out in the air, we should mention that the biggest shows and best lineups do not make them the only festivals to pay attention to. There are hundreds of smaller and less prominent festivals that are doing amazing things right now. If you think festival life might be for you, check out some smaller ones and be sure to keep these iconic showcases on your bucket list too.

Whether they are rocking the biggest stages or just popping up in your backyard, give any festival that seems interesting a chance, because you might just have the time of your life.