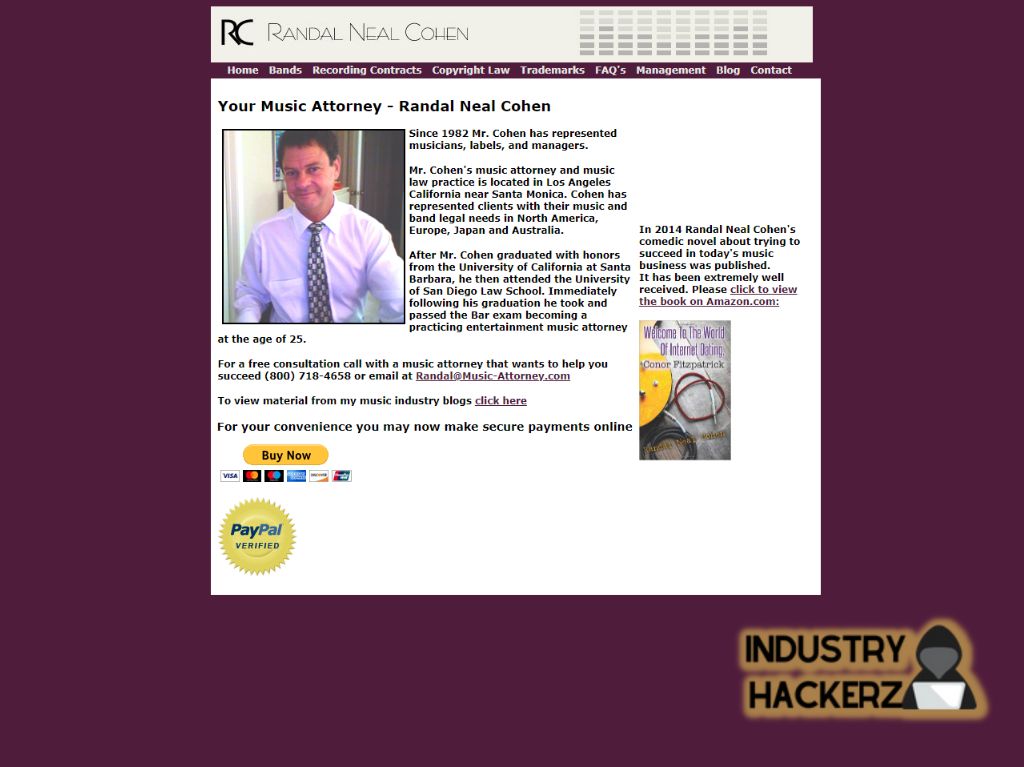 Mr. Cohen has defended performers, record companies, and managers since 1982.

The law office of Mr. Cohen, a music attorney, is situated in Los Angeles, California, not far from Santa Monica. In North America, Europe, Japan, and Australia, Cohen has helped clients with their legal concerns relating to music and bands.

Mr. Cohen attended the University of San Diego Law School after earning his degree with distinction from the University of California, Santa Barbara. After graduating, he took and passed the bar exam, and at age 25, he began working as an entertainment music lawyer.

His expertise is in recording contracts, copyright law, and trademarks.