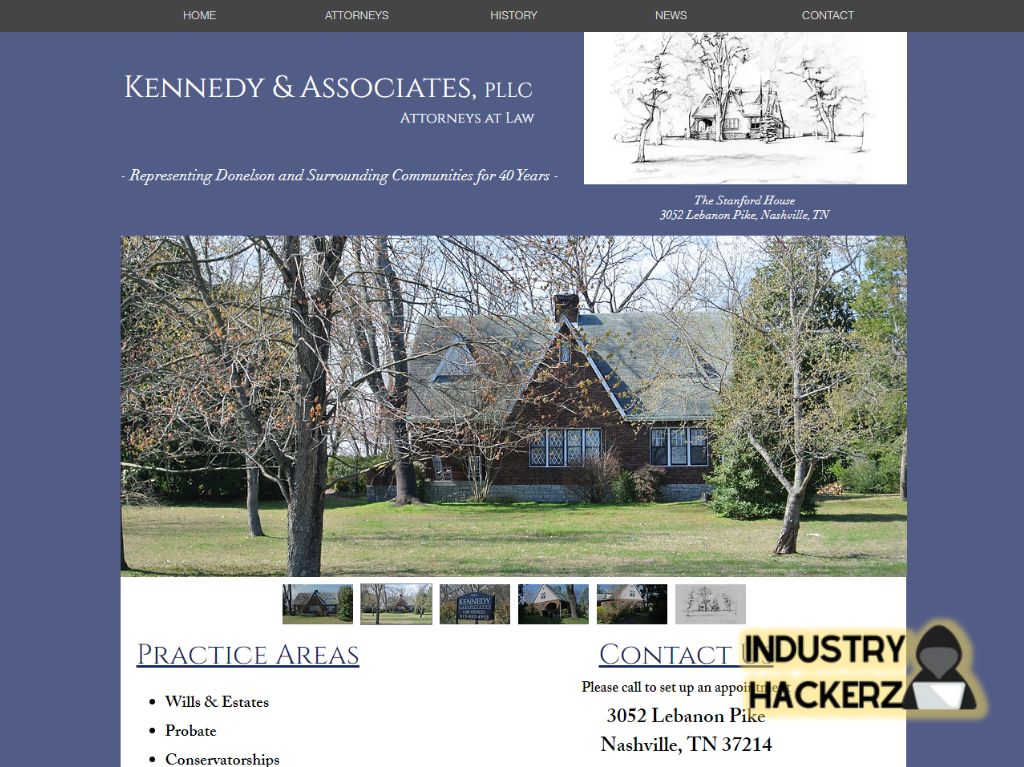 A really historic building, the Stanford House at 3052 Lebanon Pike has undergone a great deal of alteration in its nearly 90-year history. Kennedy & Associates, PLLC presently resides there. For the most of its history, the house operated as a residence, and its residential aspect has been largely preserved to the present.

When Randy Kennedy, David Kennedy, Jr.'s father and a current Circuit Court Judge in Davidson County, moved his practice there in 2001, the house started to function as a legal office. When David took over his father's practice in 2003, the business ran as Kennedy & Brown for a while until changing its name to Kennedy & Associates, PLLC in 2017.

For more than 20 years, David Kennedy, Jr. has provided legal services to Donelson and the neighboring areas. He has become known as one of the most dependable lawyers in the region throughout that time. David has extensive legal knowledge in a broad range of legal issues.

He has continued to handle a variety of legal matters, placing a particular focus on criminal and civil litigation, wills and estates, personal injury, and family law. David, his wife Rachel, and their three kids reside in Old Hickory.

Prior to joining Kennedy & Associates, John started his career in Donelson at the law office he and his partner formed, Inscoe & Fahner, PLLC, where he worked for about 2.5 years. John focuses his practice on wills and estates.

In addition to handling several probate and conservatorship matters in Davidson County and the surrounding areas, he frequently creates a wide range of estate planning instruments, including wills, trusts, and powers of attorney.

John also works with startups and established small businesses, and he drafts and reviews contracts for a variety of clients.