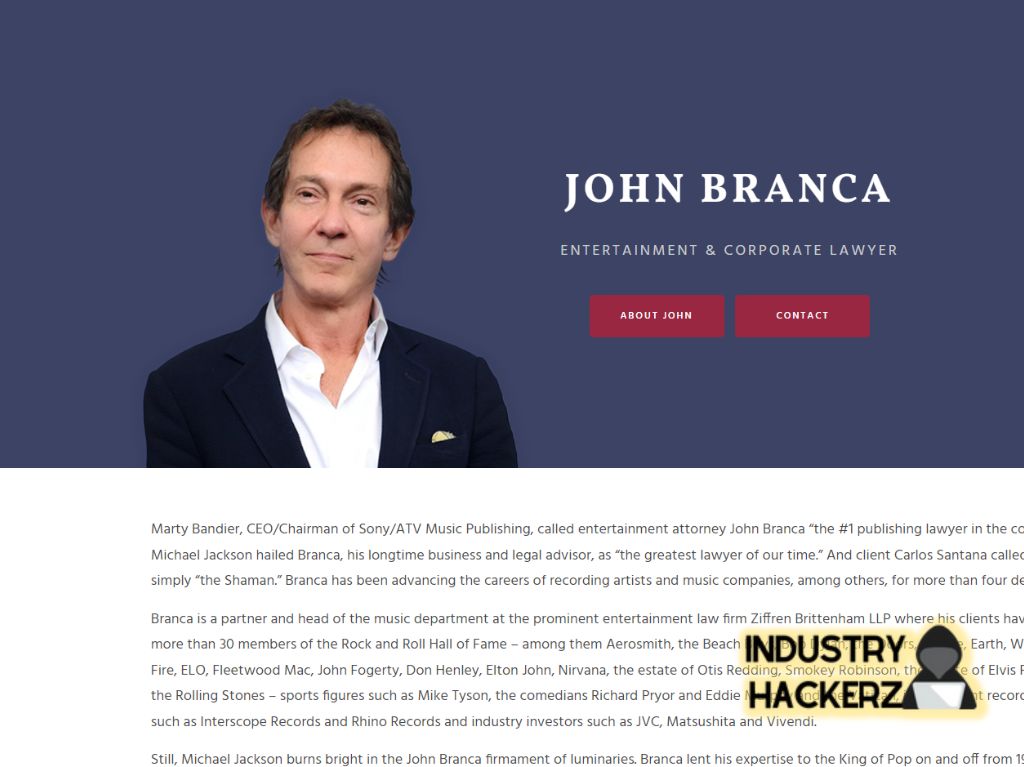 Branca actually started his career practicing estate law, since the legal profession had emerged as a realistic alternative to rock celebrity. Branca had an epiphany while reading a piece about Elton John in Time Magazine that emphasized the singer's legal representation.

Estate planning (with the firm Kindel & Anderson) made way for entertainment law. (Branca would later act as John's agent and manage, among other things, John's contract to compose the music for "The Lion King").

At the age of 27, Branca joined the Hardee Barovick Konecky company and started negotiating tours, with his first musician clients including Neil Diamond, the Beach Boys, George Harrison, and Bob Dylan.