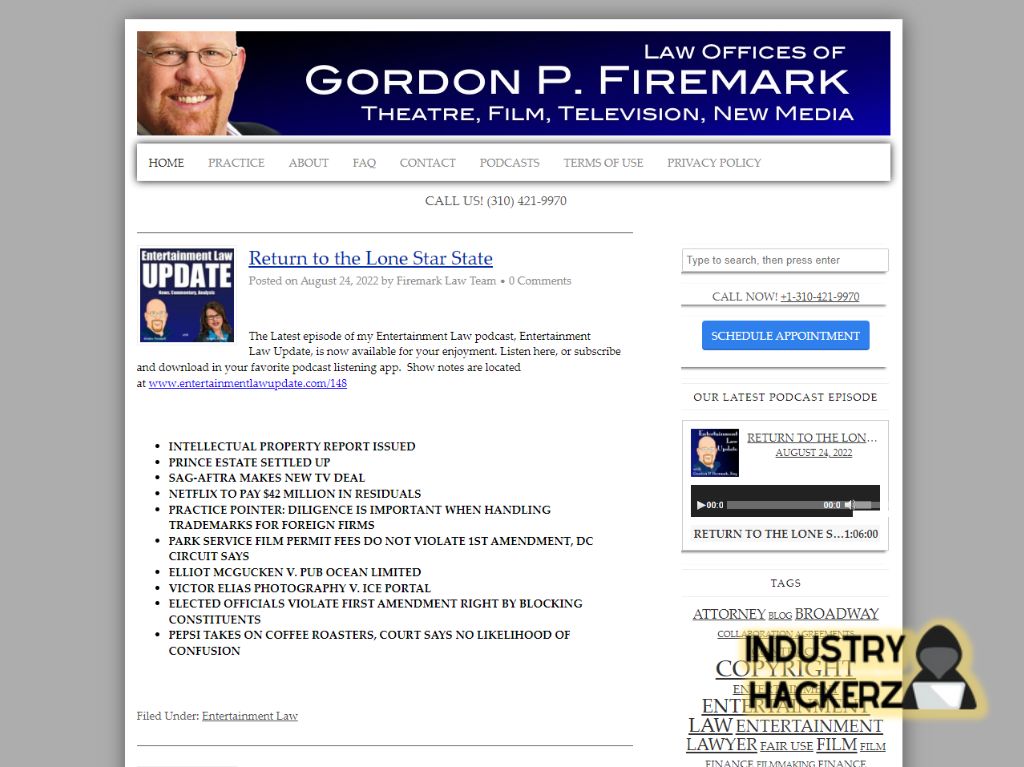 In the worlds of theater, cinema, television, and new media, Gordon Firemark aids creatives in realizing their aspirations as writers, producers, and directors. Since being admitted to the bar in 1992, he has concentrated on giving his clients solid practical, legal, and strategic assistance so they may close wise agreements, expand their businesses, and accomplish amazing things.

Gordon is the creator and host of Entertainment Law Update, a podcast for creatives and industry professionals. His practice also includes business/corporate concerns, internet, new media, and intellectual property for clients in the entertainment sector. The Podcast, Blog, and New Media Producer's Legal Survival Guide is his writing.

Mr. Firemark presided over the board of directors of The Academy for New Musical Theatre for two terms (now renamed New Musicals, Inc.). He previously served on the boards of governors of the Beverly Hills Bar Association and The Los Angeles Stage Alliance, where he served as liaison to the association's entertainment law section. The Los Angeles Stage Alliance is the organization that oversees the annual Ovation Awards for excellence in Theater (of which he is a former chairman).