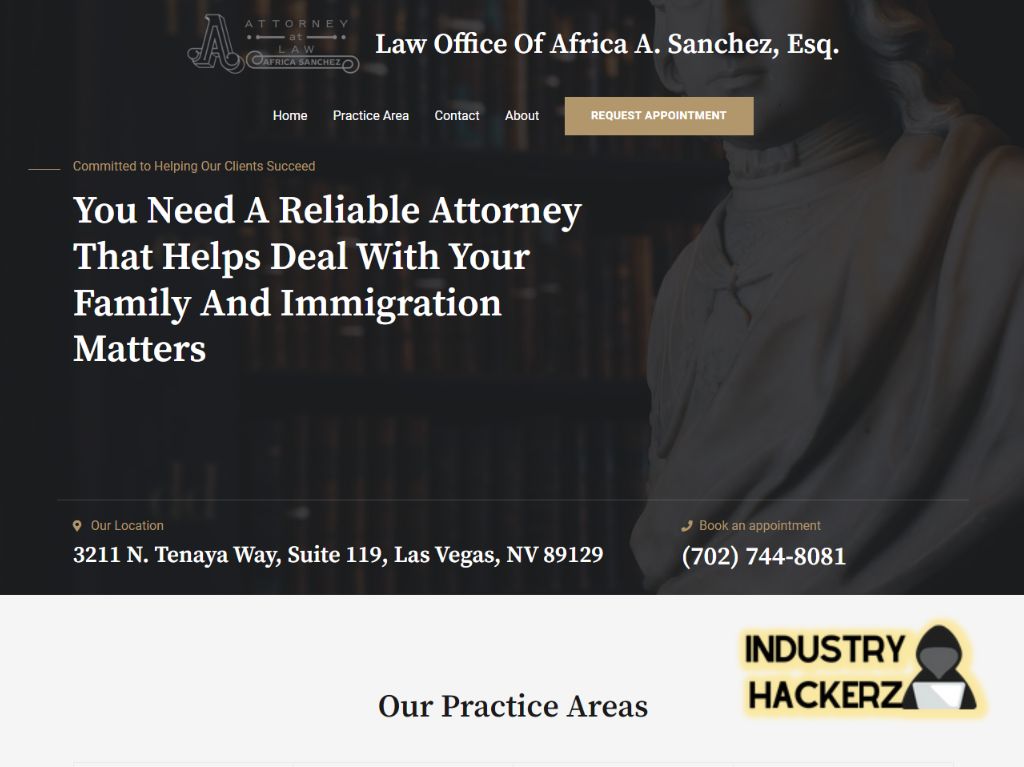 For more than 30 years, attorney Africa A. Sanchez has called Las Vegas home. When she was in elementary school, attorney Sanchez moved to the United States from Mexico. She finished from Rancho High School in 1993. Africa continued on the path to further education by enrolling in the University of Nevada, Las Vegas, where she graduated with a Bachelor of Arts in Communications in 1997.

Attorney Sanchez worked as a judicial law clerk in the Eighth Judicial District Court after earning her law degree. She started working as a deputy assistant general counsel for the Clark County School District in 2001 and gathered a lot of knowledge about the challenges of running one of the biggest school districts in the nation.

Africa was chosen in 2005 to serve as the first General Counsel for the teachers union, the Clark County Education Association, allowing her to continue advocating for her two main causes: education and worker rights.