One of the most commonly asked questions in the music industry is whether or not Nintendo music is royalty-free. The answer is…it depends.

In this blog post, we'll explore the different ways you can use Nintendo music to remix and sample your tracks. We'll also discuss the copyright laws that apply to using game music in your productions.

So, is Nintendo music royalty-free?

Read on to find out!

Sampling is the process of taking a portion of an existing sound recording and using it in a new composition. Samples can be taken from any source, including vinyl records, CDs, tapes, live performances, and field recordings.

In the world of electronic music production, sampling is often used to create new beats or basslines. It can also be used to add texture and interest to a track.

For example, the popular hip-hop producer J Dilla is known for his signature use of samples. He often took snippets of music from vinyl records and manipulated them into new sonic creations.

In the world of music production, game music is often seen as a rich source of samples. This is because video game soundtracks often feature unique, interesting sounds that can be repurposed for other genres of music.

What's more, is, people already recognize and enjoy the music and sounds from their favorite games. This can make your track more relatable and enjoyable for listeners.

But is it legal and safe to do so?

What Are the Copyright Laws for Sampling?

In the United States, copyright law states that you can sample a copyrighted sound recording without permission from the copyright holder as long as the sample is less than six seconds in length.

This is known as the de minimis doctrine, which is a legal principle that states that some infringements are so minimal that it's not worth pursuing them in court.

This also applies to music!

Copyright law can involve a complex mix of legal principles and requirements for establishing infringement. One important concept in copyright law is the de minimis defense, which allows defendants to avoid liability for copyright infringement based on the triviality or insignificance of their copying.

This principle is typically applied in situations where music sampling or other forms of relatively minor copying occur, as it acknowledges that not all instances of copying will necessarily result in infringement.

Whether or not a claim can be successfully challenged using this defense depends on the extent and nature of the copying in question, and must be evaluated on a case-by-case basis by legal professionals.

Regardless, the de minimis defense is an essential consideration in copyright law, as it ensures that claims are not merely based on technicalities or otherwise unimportant factors.

So, Is Nintendo Music Royalty Free? Can I Sample It Legally?

Under the legal concept of de minimis doctrine, however, music sampling is often allowed as long as it does not make up a significant portion of the overall work. This means that while Nintendo music cannot simply be used without permission, there are some cases where sampling can be permissible.

For those looking to create their own music using Nintendo soundtracks, therefore, it is important to understand the laws surrounding music sampling so that you can plan your project accordingly.

Does the “six-second rule” apply to sound effects and sounds? Well, just to clarify, the six-second rule is not a real rule, nor should it be used to justify in the event that a copyright claim is being pursued. It simply means that if the case is so minuscule, it's not worth going to court over.

It is important, however, to understand that using any sound, sound effect or otherwise is still somebodies intellectual property. Imagine it in the form of something physical, again, or a clip of a movie.

Also, consider what you are using it for. If it is for entertainment and will not be used commercially, then the likelihood of any legal issues is slim to none.

But if you are looking to use sound effects or sounds in any way that could make you money, then it is important to get permission from the copyright holder. The best way to do this is by contacting Nintendo directly – though this may be an impossible feat.

You may be better off purchasing a similar sound using a royalty-free sound effect database, making your own or having somebody compose one for you.

Sounds are widely available online and are used for a number of things, but consider their source and what you want to use them for before hitting that download button.

If you have any questions or concerns about using game music, be sure to consult with a legal professional to get clarification. Copyright law is complex, and there are many factors to consider when it comes to sampling and remixing music.

How To Use Game Music To Remix And Sample

If you still wish to sample or remix music from games, there are a few ways to go about it. You can look for game soundtracks that have been officially released and make sure to give credit where it is due. However, keep in mind that you will need permission from the copyright holders if you want to use the music commercially.

Simply stating “I do not own the copyright to this music”, is not an excuse, and is not legally binding.

If you cannot find an official release and download it illegally or rip it, that is at your own discretion, but understand, you are breaking the law and can be fined or sued.

There is a way to use copyrighted material without getting in trouble, and that is by obtaining a license.

With a license, you can use the music however you want as long as you follow the terms set by the copyright holder.

Instead, you may want to try downloading royalty-free samples and sound effects instead. Or, remake the beat yourself. Additionally, you could hire a music producer on Fiverr, relatively cheaply, who can make a similar beat for you!

Many people think that because they found the music online, or it is from a video game, it is automatically royalty-free. That is not the case.

Just because you cannot find the copyright holder does not mean that you can use the music without permission.

Yes, Wii music is copyrighted. Nintendo has a copyright on the Wii Music software and the musical compositions therein. According to the U.S. Copyright Office, copyright protection attaches as soon as a work is fixed in any tangible medium of expression.

This includes when music is recorded in audio or video form, or when it is written down or stored in some other way.

Yes, Persona music is copyrighted. The copyright for the music in the game belongs to composer Shoji Meguro and Sega Interactive Entertainment.

Meguro has stated in interviews that he took inspiration from rock and pop music when composing the game's soundtrack, as well as 70s Euro disco and funk music. He also cited Deep Purple, Led Zeppelin, Earth Wind & Fire, and YMO as influences. Many of the songs in Persona 5 are covers of famous tracks by these groups.

Yes, Mii Music is copyrighted. The copyright for the game and its music is held by Nintendo.

Super Mario Galaxy's music is copyrighted, but you can still find a lot of it online. If you search for “super mario galaxy ost” on YouTube or Google, you'll find plenty of videos with the game's soundtrack.

There are also quite a few fan remixes and covers out there if you want to check those out as well. Just be aware that some of these may use copyright-infringing methods like emulation to play the music, so listener beware!

Yes. The copyright for the Doom music is owned by Bethesda Softworks LLC.

Yes, Zelda music is copyrighted. The copyright holder is usually Nintendo, but can also be the composer or derivative work creator. For example, in the case of “Despite Everything,” the remix created by 2 hitters which was featured in Zelda: Breath of the Wild, the copyright holders are Nintendo and 2 hitters. You need permission from the copyright holder(s) to use or distribute their work without infringing on their rights.

When game composer Jeremy Soule announced on Twitter that he was making his latest album available for free to modders and streamers, it generated a lot of excitement within the gaming community.

After all, Soule is well-known for creating some of the most iconic pieces of music in video games, including the soundtrack for Skyrim. Many fans were thrilled at the prospect of being able to use his work without having to pay any licensing fees or royalties.

However, while Soule's announcement may appear to make his music freely available, this is not actually the case. Although he has given permission for modders and streamers to use his tracks without cost, Soule still retains copyright over them and requires that credit be given in any reproduction or adaptation.

Whether this policy will have any effect on his ability to protect his intellectual property remains to be seen. Nonetheless, it is clear that despite his generosity towards fans of his work, Soule still wants to make sure he gets due recognition for his creative efforts.

Nintendo Music is not currently DMCA free. That means any copyright holders can submit a claim of infringement and have the content removed. This includes covers, remixes, and arrangements of songs, as well as unauthorized uses of game footage or audio.

Nintendo has been known to issue content takedowns for fan-made works that don't follow their strict guidelines, so it's best to play it safe and get permission from the copyright holder before posting anything online.

There's no simple answer to this question. While the vast majority of Final Fantasy music is both original and copyrighted, there are a few pieces that may be considered derivative of other works.

For example, the song “Ronfaure” from Final Fantasy XI was based on a traditional Scottish folk song called “The Campbells Are Coming”.

Whether or not any specific piece of Final Fantasy music is protected by copyright law depends on a variety of factors, including the specific composition and arrangements involved.

As such, it's difficult to say definitively whether or not any particular piece of music would be considered safe from a DMCA takedown notice. However, as a general rule, most original compositions and arrangements within the Final Fantasy franchise should be considered

Is the Mii Theme Copyrighted?

Yes, the Mii Theme is copyrighted. However, Nintendo has stated that they allow individuals to use the theme for personal, non-commercial use. If you want to use the Mii Theme for commercial purposes, you'll need to get permission from Nintendo.

The Pokémon Legends: Arceus Soundtrack is one of the most requested Nintendo soundtracks on the internet.

The reason is simple: it is an excellent source of video game music to sample and remix!

The Pokémon Legends: Arceus Soundtrack is a collection of songs composed by Junichi Masuda, Gō Ichinose, and Shota Kageyama.

There are many sources that you find the Legends Arceus Soundtrack Download, but here is what I have found:

If you plan on sampling it, we would love to hear what you create! Please post a link to your work in the comments! 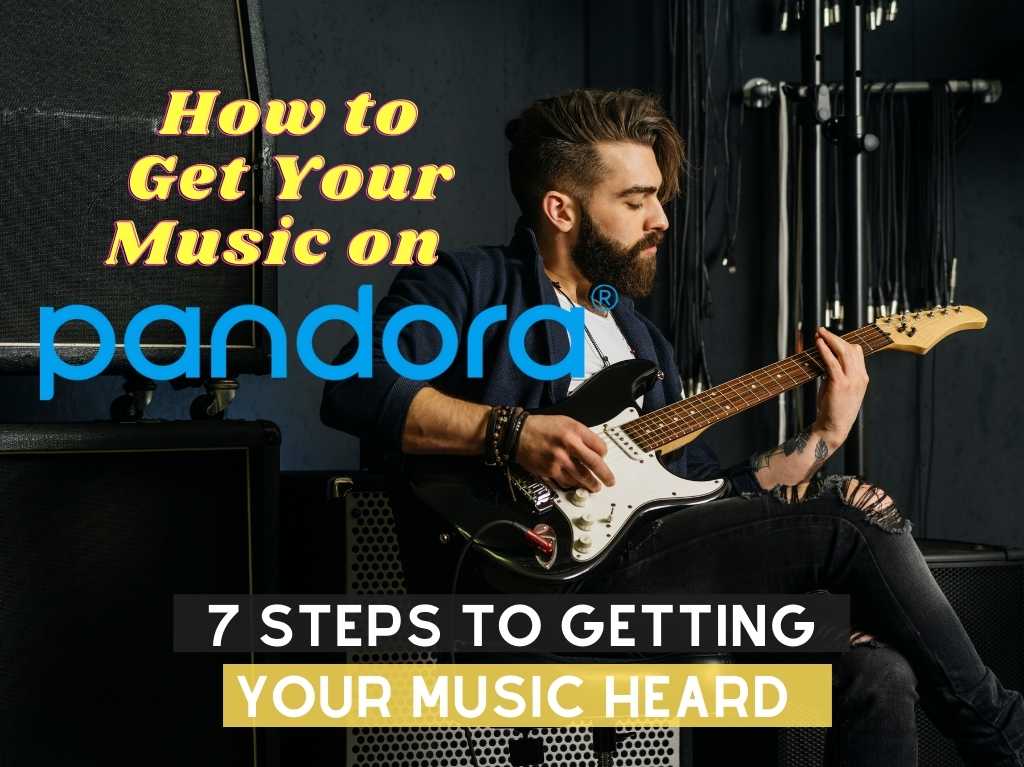 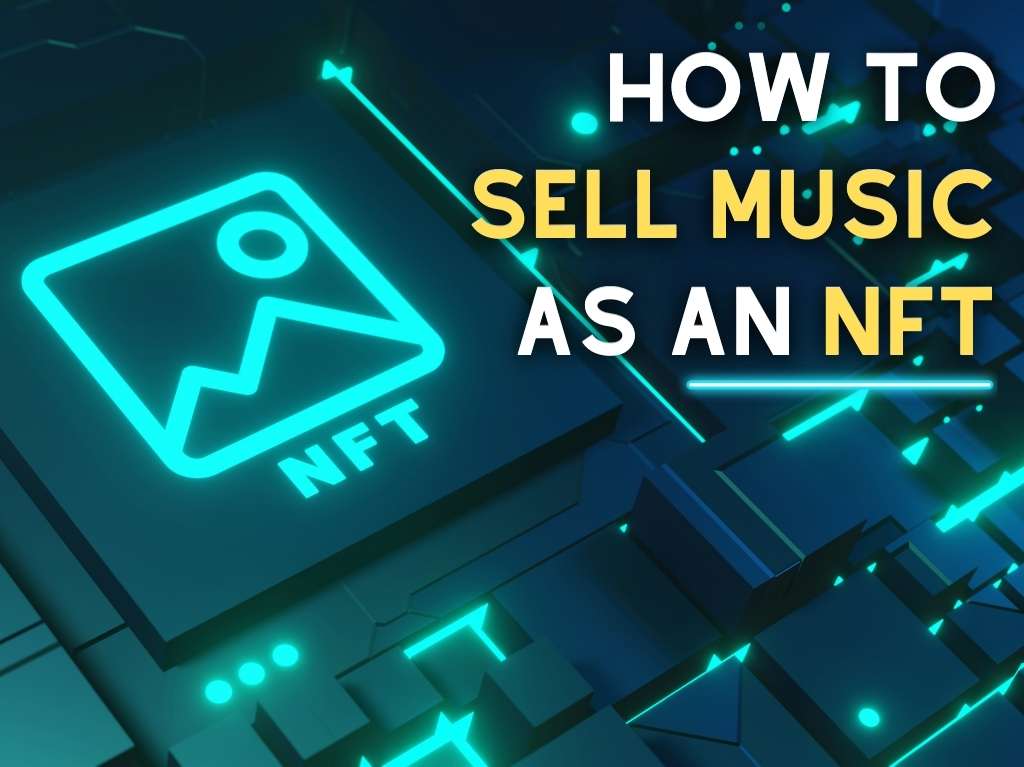